The prepaid debit card industry is a tough business. Over the years several major cards have gone bust. We’ll keep track of the dead cards here. 1. The Approved Card (Suze Orman): The personal finance guru received a lot of flak for endorsing The Approved Prepaid Card. Although the fees were far from outrageous, folks didn’t like the multi-millionaire preaching thrift while raking in big bucks on the backs of the working class. The card was shuttered on July 1, 2014. 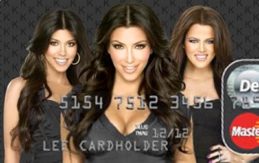 2. The Kardashian Card (Kardashian Sisters): A quick look at this card and I get confused as to what exactly Kim, Khloe and Kourtney are selling. The card was best known for having the biggest . . . no not those . . . fees.  The biggest fees. It died before it was even launched. I guess there was just too much weight to achieve liftoff.

3. Magic Prepaid Card (Magic Johnson): On a more serious note, 5 time NBA champion point guard Magic Johnson came out with a prepaid card. No seriously, he did. No, I’m not making this up. It was even called Magic. Unfortunately, it didn’t have any. Date of Death: June 30, 2014. 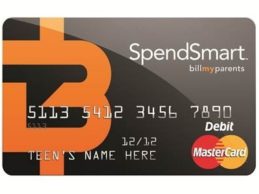 4. BillMyParents Prepaid MasterCard®: Not every defunct prepaid card is co-branded with a celebrity. In this case, it seems parents weren’t too fond of paying the freight for junior. The Bill My Parents prepaid card went belly up on January 26, 2015. 5. SpendSmart Card (Justin Bieber): Speaking of BillMyParents, before it went down in flames, it latched its fortunes on to none other than Justin Bieber. The teen heartthrob even recorded videos extolling the virtues of sound money management. It was a curious detour given that the superstar is not exactly into modest living. We’ll update this article as more prepaid cards become defunct. If you know of any, leave a comment below.